All emotions are pure which gather you and lift you up; that emotion is impure which seizes only one side of your being and so distorts you.

Let’s go back to our nursery class and revise the story of Snow White and the Seven Dwarfs. It a typical happily ever after tale with a girl who is banished from her kingdom by a villainous step mother whose jealous of her beauty. So the girl, Snow White, begins to live in the forest with the seven dwarfs and now we come to the important part, the names of the dwarfs were Grumpy, Happy, Lazy, Bashful, Dopey, Dreamy, and Stealthy. (Well, I made up one or two but you get the picture right?)
A girl is made to live alone in the forest, she has been thrown out of her home so, she can’t be the happy go lucky girl they have depicted in the story right? Well, yes I get the fact that I’m practically ripping the fairy tale to shreds but just for a moment think about it like a practical situation.
Here’s my take on the story and maybe there’s a snowball chance that you might relate with it.
Snow white lived alone in the cottage. She took care of herself and the home. And the twist in the tale is that those seven dwarfs were her emotions which she went through each day. At times she was lazy and sometimes sad. Some days she would be extremely happy and on other days she would be as grumpy as an old lady.
Now leaving Snow White where she belongs, in the story. Let us relate it with ourselves. We all are Snow Whites’ in our own world. Obviously, men are the male version of Snow White but I hope you get the picture. 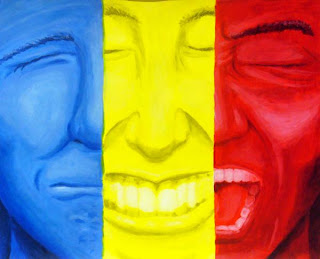 We all are dealing with our emotions every minute of the day. Not just these seven emotions or ‘dwarfs’ but there are a million emotions a person goes through every single day. It’s really mind boggling. And as a silent spectator one would in awe of the human brain… and heart too.
Even though I’m calling them dwarfs but in reality life is all about emotions. No one in this world is devoid of them. Love , hate, jealousy, envy… it goes on.
Honestly, I don’t know how to ‘deal’ with them per se.
I prefer to keep quiet and just silently kill myself thinking over stupid stuff while stuffing myself with chocolates. One of my friends likes to throw things about and shout out. Then, there’s this guy who just speaks and speaks until he wears out.  So every person has a unique way to deal with the inner turmoil.
But then, what I am certain of , is that just like Snow White, we have to treat our emotions separate from us. We need to work and move on with our life keeping aside the sadness or anger we are feeling. If we divulge ourselves totally into them there wouldn’t   be much that we would be able to accomplish. At times emotions lift you up but at the same time there are days when they weight you down. You can’t keep on thinking about every stupid decision you have ever made or every guilt that you have stored because it’s never gonna get you anywhere.
“I don't want to be at the mercy of my emotions. I want to use them, to enjoy them, and to dominate them.”
― Oscar Wilde,
Personally speaking, I’m practically handicapped when I’m really mad. I’m just a worthless, moping, angry girl when I’m angry at a loved one. Not worth much right?
I’m not saying you stop feeling. No-one can. And believe me, a person without emotions is dangerous in every sense of the word. I’m just saying don’t let them effect you to such an extent that all your energies are directed at a single point. 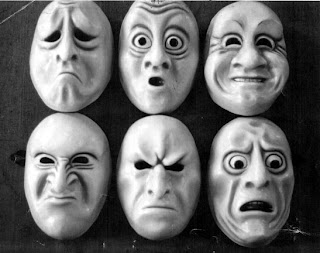 And most importantly, make the people around you smile. Even when you are breaking inside , make at least one person smile. Believe me, there isn’t any emotion greater than love and happiness. I know, I know, its verrrrrry cheesy. But personal experience tells me. it’s the best!
Let go of the crap that’s keeping you from flying.