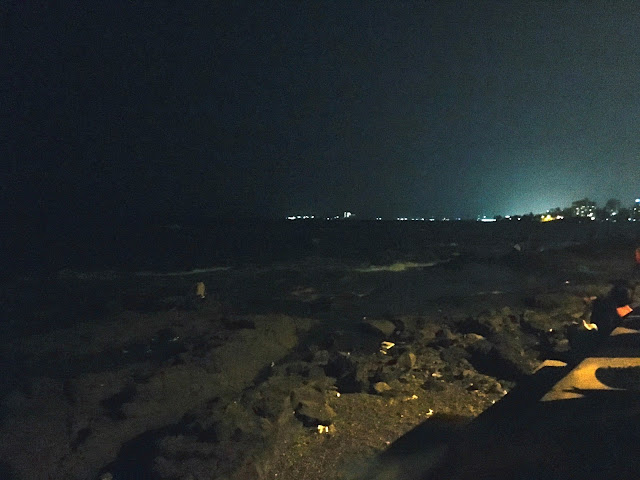 A Saturday is a Saturday well spent when you eat and shop at the best places. 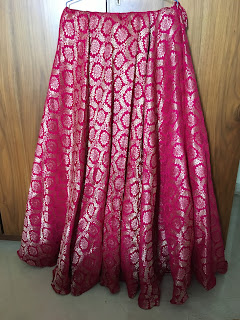 This weekend I was on a shopping mission for an impending family function. I was on the lookout for lehengas and traditional gowns. So, we decided to explore Bandra.
Firstly, oh-so-pricy! The first few shops we visited, the designs were elegant but the prices were too heavy on the pocket. A little hunting and plenty of disappointments later I found February! It is off the Linking Road, Bandra West, a sister store of March. They have a beautiful collection of fusion Indian wear offering lehengas, skirts and every day traditional wear. It was love at first sight; a mannequin was wearing it, paired with a white cut-out-sleeves crop top and I knew this was the one I was looking for.
They also had some really elegant floral prints and golden and beige pieces. The pricing is okay-ish, I got this skirt for 4500 and the top was for additional 1000. They have a selected stock of colors, designs and tops to match with. This same skirt was available in some 7-odd colours.

I have been craving Gol Gappas since ever. I have had them at Chowpatty and at Hirandani Gradens, Galleria, but none as good as I had at ELCO, Hill Road. Hailing from North India, my taste is a bit different from what is offered here in Mumbai. First off, why is the khatameetha paani cast away like an orphaned child? Secondly, whats the deal with Chaane (radga) in gol gappas, gol-gappas are supposed to be chilled not warm! Ugh! After the series of disappointing gol-gappes, the ones at ELCO could decently satiate my urge. Though the meetha paani wasn’t chilled, but the combination of chilled khaata paani with perfectly seasoned meetha paani was the elixir to my cravings.
It wasn’t “like at my home” but was very close!

This place is undersold and overlooked by its proximity to Farhan Akhtar and SRK’s homes. An evening walk along the sea or just sitting on the rocks munching to hot corn chat and a cosy little band strumming nearby, is my kind of paradise! There is little that I can say to describe the peace and calm. It’s always crowded so finding your own spot is a little tough but once you do just soak in the sea and let the music wash over you. 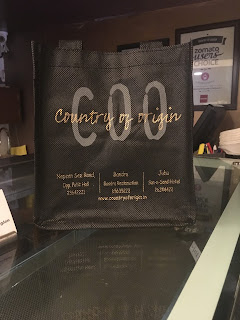 Their cheesecakes are to die for! And I can canvas mountains for the delicious chocolate eclairs.
After a dinner at Salt Water café, whose review will be my next blog, the dessert at COO was a perfect wrap to the night. I had an Oreo Cheesecake, Whipped Cream Eclairs and Lemon Squares.
Heaven! 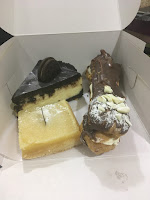 Even though I was full, I ate half of the eclairs without taking a breath. The Cheesecake was chocolatey yet the saltiness of the cheese balanced the flavors wonderfully.
Lemon Squares were a little on the sweeter side though the lemon flavor offset was a good blend.
A delectable selection!

I’ll be up with Mirchi and Mime and Salt Water café blogs soon!
Till next time Mumbai!